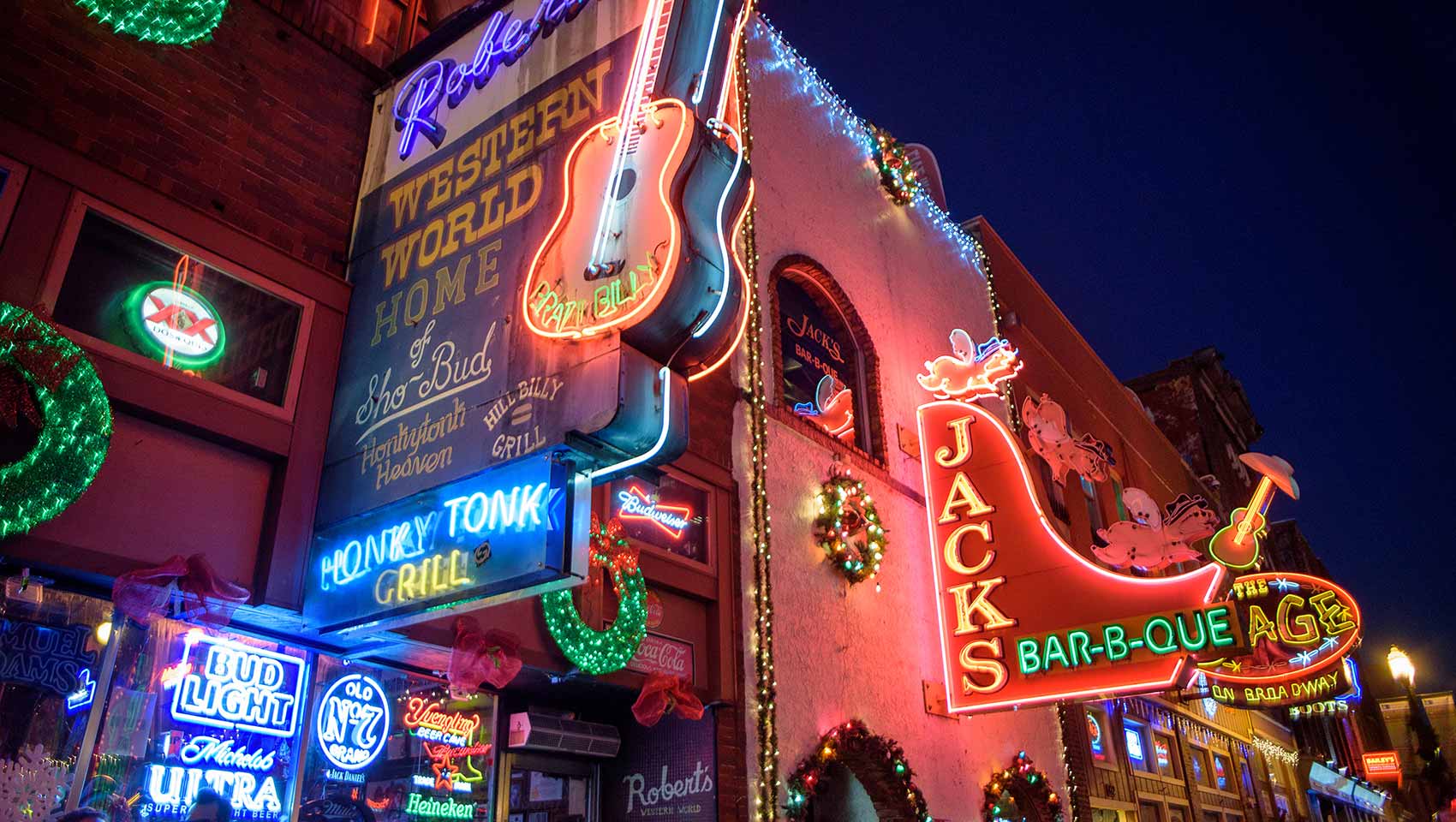 Vibrant on Broadway near Downtown Nashville

Step outside the doors of Kimpton Aertson Hotel and head east on Broadway to two adjacent, somewhat overlapping neighborhoods brimming with entertainment opportunities. We can’t name them all, but this will get you started.